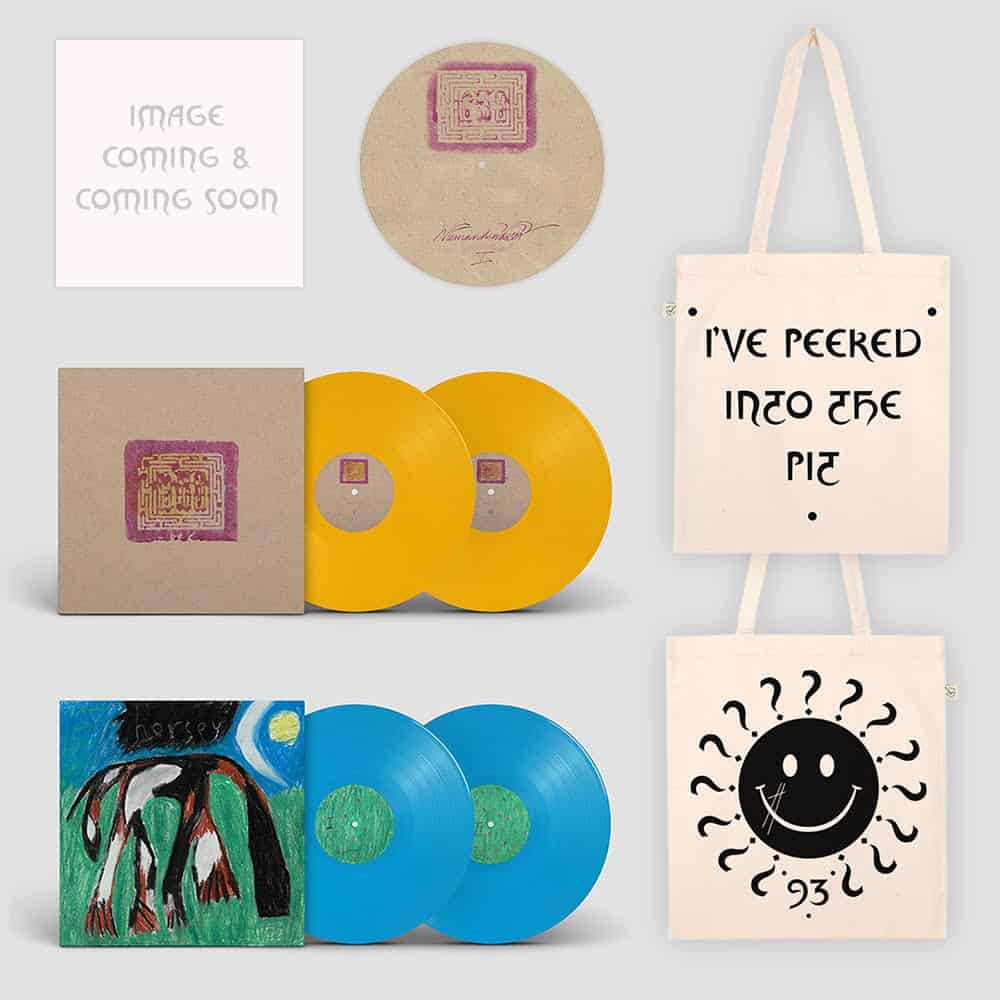 The special edition bundles includes 2LP editions of Horsey and Sleep
Has His House as well as a silk-screened print, signed by David Tibet,
a 2-sided silk-screened tote bag, and a Niemandswasser 12” picture
disc featuring newly discovered, and previously unreleased, versions
of the song “Niemandswasser”.

The TrackListings for this bundle edition are:

SLEEP HAS HIS HOUSE 2LP